Alphas on the Prowl 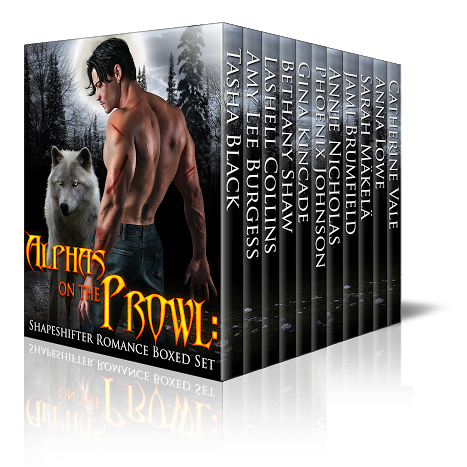 Alpha shifters are on the prowl, and they're used to getting what they want. But there's more to claiming a destined mate than raw power, and they'll have to prove themselves worthy – in more ways than one.
Alphas on the Prowl is page after page of passion and pleasure in this box set featuring eleven tantalizing shape-shifter tales from NY Times and USA Today best selling authors. Don't miss this hot set!

Scent of a Scandal 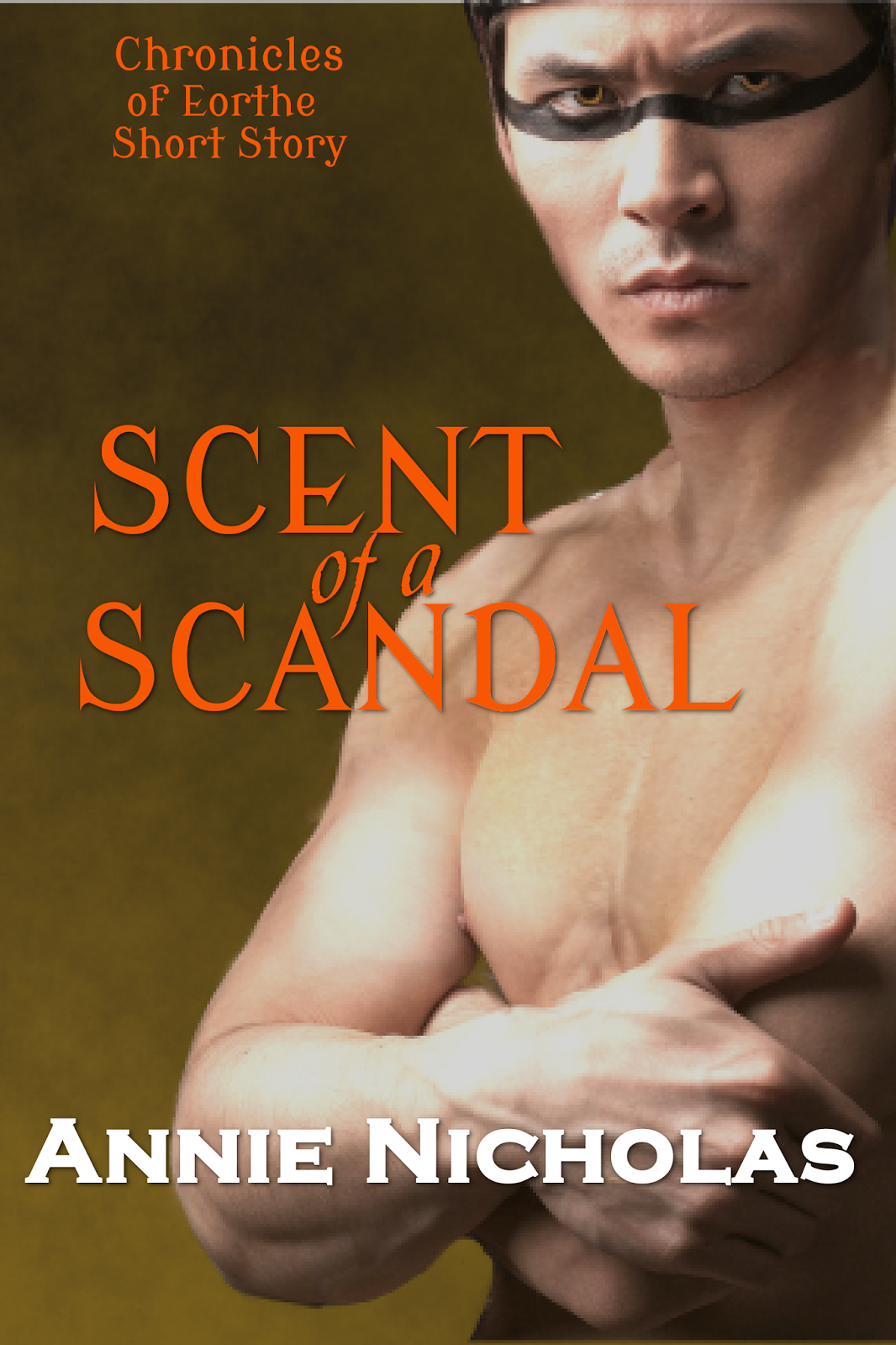 Awe and Isnay have been secretly flirting, but they can’t be together since neither of their packs will bless the union. Is desire to follow pack law stronger than their desire for each other?

Awe approached his alphas, his gaze to the ground in submission.

Susan patted the cushion in front of them. “Sit.” Her twin pups slept in a basket next to them, curled together in their furry feral form. They were cute at this age, until their teeth came in then they would being chewing on everything. Including ankles.

Awe did as he was told. That was what hunters did – provide for the pack, protect the pack, and obey their alphas. He set his bag, containing the gift for Isnay, next to the cushion and he ignored his guilt. That last oath had some gray lines and he might have crossed one a little too far.

Today was laundry day for the Ohneka pack. Isnay would be by the river that separated their lands with other omegas from her pack, doing the wash. Their packs had disliked each for as long as he’d lived. Well, everyone disliked his pack. Except Isnay. She didn’t seem to mind. He wanted to give her the necklace and if he didn’t hurry she be gone for another six days. She couldn’t wait for him. The hunters of her pack guarded their precious omegas. They’d usher her home once her chores were done.

Sorin cleared his throat. Even sitting, the alpha still loomed over him. “We have a task for you.”

“Today?” Awe’s heart sank. He’d have to wait for the next time the Ohneka did laundry to give Isnay her gift.

Sorin’s brow furrowed. “Of course today. You’re the only hunter off duty.”

Next to him, Susan sighed and set her small hand on Sorin’s thigh. “Did you have other plans?”

Awe shook his head. If he voiced a denial, they would smell his lie. It was difficult to have an affair without lying, but not impossible. He’d learned his lesson. A few moons ago, he’d asked Sorin if a cross-pack mating were possible for him and Isnay. His alpha had outright refused and banned him from seeking her attention. The Apisi had plenty of unmated females from which Awe could choose.

And we're also giving away gift cards via our fabulous Rafflecopter giveaway! Don't miss out!


HTML - for blogs: a Rafflecopter giveaway
Posted by Annie Nicholas at 10:11 AM
Email ThisBlogThis!Share to TwitterShare to FacebookShare to Pinterest