A bullied young boy befriends a young female vampire who lives in secrecy with her guardian. 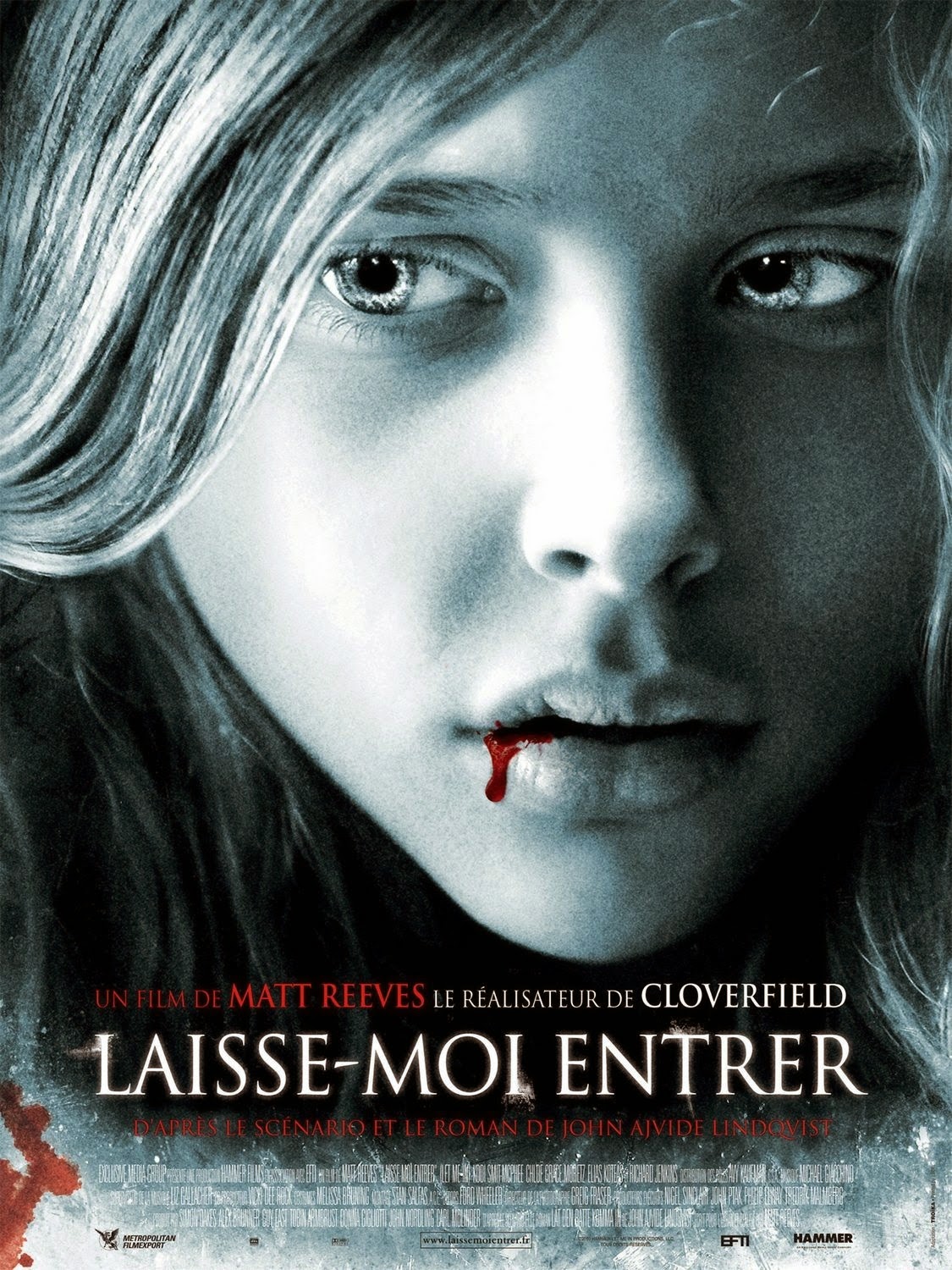 It's no secret that I love to read, write, and watch vampires. So it surprised me that I missed this film. I hadn't even known it existed. Someone from Canada was chatting with me about this movie (It's on the Canadian Netflix.) The movie came out in 2010.

The movie appealed to me. It's old school vampire, which I'm a huge fan. I like it when the vampire actually acts like a monster and not a human with a blood fetish. The actress who played the vampire did a beautiful balancing act of innocence and cunning.

I highly recommend this movie to vampire fans who want a new spin on the genre.

www.annienicholas.com
author of the ANGLER series
Posted by Annie Nicholas at 2:42 PM
Email ThisBlogThis!Share to TwitterShare to FacebookShare to Pinterest

This is actually a remake of an older movie and it's Let the Right One In.

That image gives me the chills.
I like your vampires better.

I watched the older version this weekend. :)