I love my site. I love getting feedback. But my brain is a scattered mess. I need a herder to guide me to what needs doing. Normally, I have an online goals thread which I update religiously to keep me focused but this year I lost interest in it. I think I'll try using this blog that way both of us will know what I'm up to and what is coming up.


First off, I have a ton of new covers I haven't shared because I'm silly like that. I'll start with Scent of Valor, releasing Nov 2014. Peder's book. *pets* 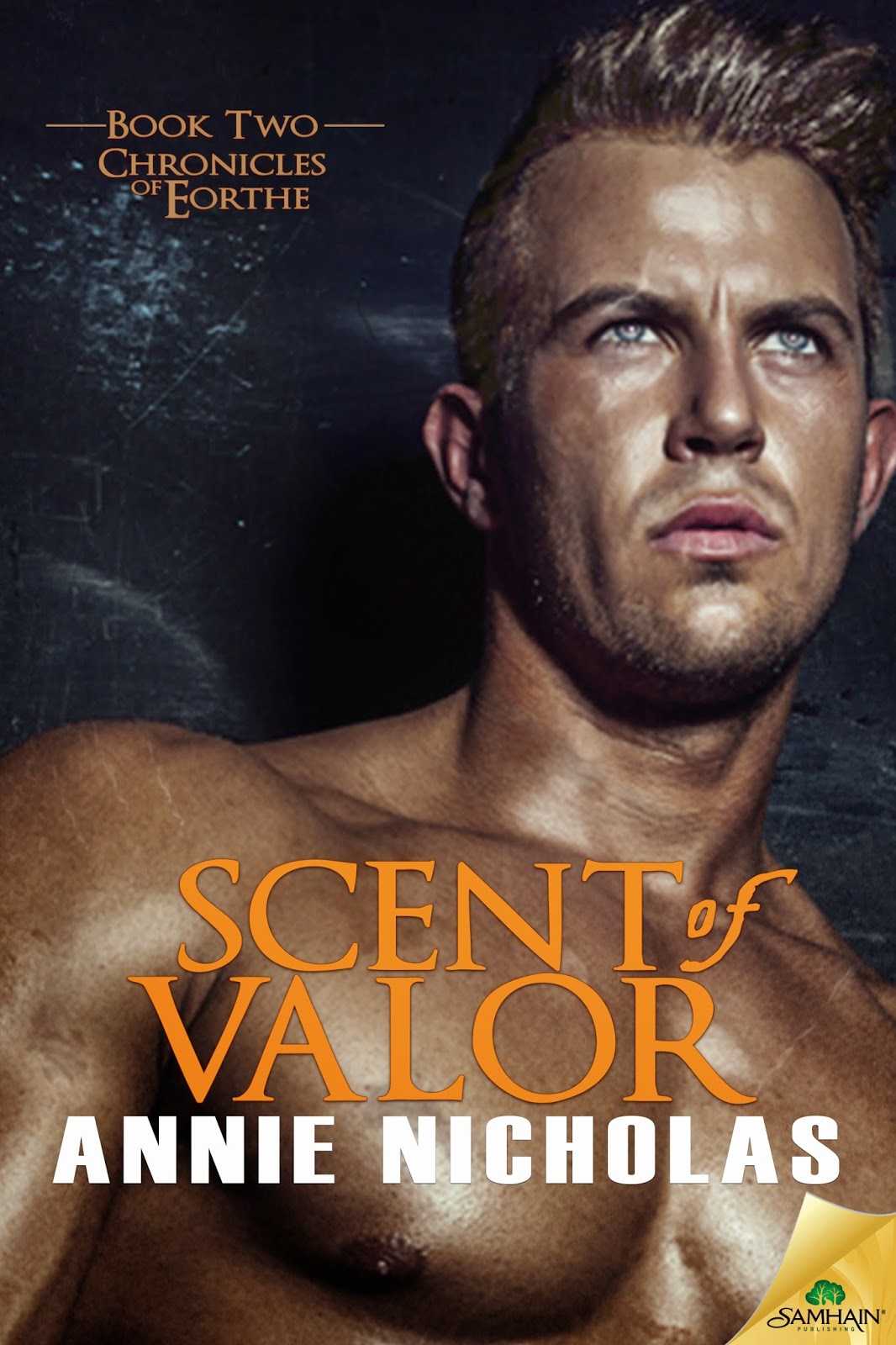 Courage blooms in the meekest of hearts.

After spending twenty years trapped in her civil body, Kele can finally shift into feral form. By tooth and claw, she’s determined to climb the Payami pack hierarchy.

Her parents plan to mate her with a hunter from a rival pack, but her heart’s already been stolen by the most unsuitable wolf possible—Peder, an omega male. She’d gladly give him her body except he’s disappeared from her life. Maybe into the thieving arms of another female.

Peder has spent every moment of their forced separation training to be a hunter. When he hears of her arranged marriage, he fears he’s waited too long to trespass back onto Payami lands to fight for her hand—but he damned well isn’t giving up.

On his journey to confront Kele, Peder is attacked and wakes in a cage, helpless as a band of vampires attack Kele’s mating party. Separated by social standing, thrown together by tragedy, they must work together to survive. And find out if their attraction is merely puppy love, or a bond that’s stronger than time.

Warning: This book contains an omega male who’s done submitting and a hunter female who isn’t used to needing anyone to come to her rescue. Violence ensues, not for the faint of heart.

GOALS for this week:
1. Finish overview edits of Scent of Valor and start read threw.
2. Start proof reading novel for another writer.
Posted by Annie Nicholas at 11:01 AM
Email ThisBlogThis!Share to TwitterShare to FacebookShare to Pinterest