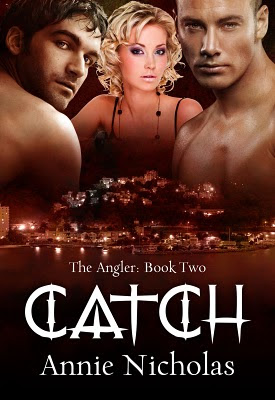 Caught between two vampires, Connie is torn between Rurik, the one she loves and Tane, the one she’d to love stake.
Hunger burns in Connie Bences’ soul, she craves the blood of her vampire lover, Rurik, but it’s not satisfying her needs anymore. It’s driving her insane. Desperate to find help, Rurik brings her to Rio Des Janeiro where Tane rules the vampire nation.
The back stabbing vampire had almost killed her and Rurik when they’d first met, then used them to obtain his crown. She would rather kill him but the small drop of Nosferatu blood he’d forced her to drink in Budapest is blooming into a bond, one which ties her life to his. One he won’t hesitate to manipulate.
He admits to binding her so Rurik would have to remain at his side but their timing couldn’t be any worse. The betrayer finds himself betrayed. Tane’s rule is in upheaval and he’s forced to place his trust in two people who owe him no allegiance—her and Rurik. In the middle of a power struggle, Connie fights to keep her lover but didn’t plan on Tane slipping into her heart.
COMING SOON!!
Posted by Annie Nicholas at 9:28 AM
Email ThisBlogThis!Share to TwitterShare to FacebookShare to Pinterest