Punctuation is part of any serious writer’s craft. When used properly it helps guide your reader through your words, so they pause, stop, and start the way you meant your story to be read. Consider punctuation the roadmap for writing.


The following sentences provide guidance ‒pay attention not just to the words, but the punctuation as well‒on some of the things that punctuation can do:

Ellipses pause or dwindle off…

The semi-colon links two independent clauses together; as one, they create a deeper meaning than either statements does alone.

Commas segregates your phrasing, each special and unique, into readable components, which is especially vital in longer sentences, but never, under any conditions, allow a single comma to separate the subject from the verb, and don’t put a comma between two independent clauses; that’s semi-colon’s job.

The em-dash allows you to insert‒we all love to do this‒a totally independent thought into our sentence.

In summary, you have this great tool to guide the reader through your words: proper punctuation

Learn it; use it!

Now that I have you all excited to learn punctuation, let me throw in a caveat and my nomination for the stupidest punctuation rule of mankind.

While you would think punctuation rules should be black and white, not all of them are. I’ve no doubt someone will disagree with some of what I’ve written here. So my best advice is to pick a reliable source and stick to it. Personally, I try to follow The Chicago Manual of Style.

When you acquire an editor, they may go by a different standard, so you might need to tweak a few things. However, editors are aware of the ‘grey areas’ and a difference in usage will not bring shame upon you and your children. However, using blatantly wrong punctuation shows you have failed to learn an important tool of your trade.

Grey areas aside, English and American punctuation do have some differences. So make sure you learn the punctuation of the country where you plan to publish.

Now to the most illogical rule known to mankind: The Crappy Printer/Fragile Punctuation Rule.

That may not be its real title, but it should be!

The story concocted to explain our stupid rule is as follows: Long ago, our first printing equipment was, to be blunt, shoddy. Thus, the publishers made a change to the English punctuation rules to solve a printing problem they were having.

“Fragile punctuation will always be on the inside of any ‘quote marks,’” declared the grumpy printer, tired of fighting with a tiny half-blocks at the end of the sentence.

“But what if it’s an ‘internal quote’ that logically should be inside the sentence?” his apprentice asked.

“I don’t care if it’s an ‘internal quote,’” the grumpy printer replied. “If it ends in a period or comma, put those quote marks on the outside!”

“But if the sentence ends in an exclamation point or question mark then I can use ‘logical punctuation’?”

The apprentice rubbed his temples, feeling the anger of centuries of writers bearing down upon him. “So we will not just be illogical, but inconsistent in the way we treat the’ internal quote’?”

“Yes. I’m just making this change so I can print using this crappy machine. Logic and consistency be damned!”

And while the printer’s life improved, American writers have been pulling out their hair ever sense.

Which leaves me to ponder why, in our digital age, where nary a half-block can be found, does this illogical fragile punctuation rule still exists? And when will the madness stop? 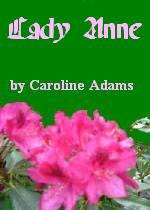 Aaron de Coeur arrives at his father, the Marquis’ deathbed to hear his father’s confession that he had married a sixteen year old English heiress five years prior to get himself out of debt. The young woman was allowed to remain in England and shockingly opened a ‘gentleman’s club’ becoming the mistress for half the men of society. The Marquis holds himself responsible for ‘stealing her life’ and begs his son to honor the promises he made to the girl. Aaron gives his word, but upon investigation discovers that matters are not as they seem.
Buy now 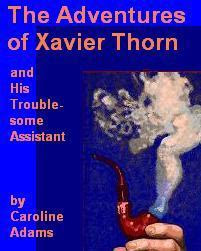 While investigating the death of a friend and client, Maddy Hamilton, Xavier Thorn (reputed to be the inspiration of Doyle’s Sherlock Holmes) is greatly impressed with Maddy’s nephew, Victor, and offers him a job as his secretary. Aware of Xavier’s history of firing secretaries, Victor garners a promise that he cannot be fired for three months and then proceeds, in Xavier’s view, to be cheeky and impertinent at every turn. Xavier endures ‘the impudent pup’ because Victor is most skilled in extracting the truth from clients and intuiting facts with little evidence to assist. As they solve a string of cases, Xavier discovers a few more important details about his troublesome assistant, such as her true gender, and the realization that she has awakened his long dormant heart.

Buy Now
Posted by Annie Nicholas at 7:00 AM
Email ThisBlogThis!Share to TwitterShare to FacebookShare to Pinterest

I am a when in doubt person, and a comma bandit. Thanks for helping me out Annie. I think a lot of my problem is that I don't want to have the dreaded run on sentence in my story so I try to break it down into segments instead of sentences. (See above for example, LOL!!)

I'll have to print this out and keep it with me so I remember how to use everything more consistantly. LOL!!!

Ah, punctuation. My old foe. So we meet again. I will never learn you, but it interesting to pick up a piece of information or two that might stick with me. Like the emdash ellipsis thing. See how much I don't know...

My favorite book on puncuation is Eats Shoots and Leaves. Even the title displays how a comma can save someone's life.

Thanks, Caroline for blogging today!