Baby It's Cold Outside Bloghop


Boy, is it ever cold outside. School was canceled due to wind chill factor. Now THAT's cold. LOL

BEST BOOKS I READ IN 2013
Like most writers, I am a reader first. And like most readers, I love to share the books that touched me. Don't forget to enter in my contest below. If you want to get a notice when I have a new release then sign-up for my newsletter in the sidebar. Stay warm!
In no specific order 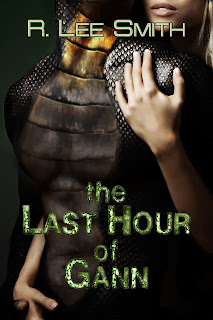 Amber Bierce had nothing left except her sister and two tickets on Earth’s first colony-ship. She entered her Sleeper with a five-year contract and the promise of a better life, but awakened in wreckage on an unknown world. For the survivors, there is no rescue, no way home and no hope until they are found by Meoraq—a holy warrior more deadly than any hungering beast on this hostile new world…but whose eyes show a different sort of hunger when he looks at her.

It was his last year of freedom:

Uyane Meoraq is a Sword of Sheul, God’s own instrument of judgment, victor of hundreds of trials, with a conqueror’s rights over all men. Or at least he was until his father’s death. Now, without divine intervention, he will be forced to assume stewardship over House Uyane and lose the life he has always known. At the legendary temple of Xi’Matezh, Meoraq hopes to find the deliverance he seeks, but the humans he encounters on his pilgrimage may prove too great a test even for him…especially the one called Amber, behind whose monstrous appearance burns a woman’s heart unlike any he has ever known.

From R. Lee Smith, author of Heat and Cottonwood, comes an epic new story of desire, darkness and the dawn that comes after The Last Hour of Gann.

WARNING: This book contains graphic violence, strong sexual content and explicit language. It is intended for mature readers only.
(IT'S FREE)﻿


Desperate to find her sister, Erin goes to the only man in Houston who can help her--Ivan Markovic. The intimidating, tattooed Russian operates one of the most elite mixed-martial arts training centers in the world but it's his shadowy past and reputed connections with Houston's underworld that interest her most.

To find her sister, she'll need the help of her big, scary Russian protector--but asking for help from a man like Ivan carries a steep price, one that might just include her heart.
Never underestimate the power of a woman
on a double espresso with a mocha latte chaser high.
—T-shirt


Charley Davidson isn’t your everyday, run-of-the-mill grim reaper.  She’s more of a paranormal private eye/grim reaper extraordinaire.  However, she gets sidetracked when the sexy, sultry son of Satan, Reyes Farrow, moves in next door. To further complicate matters, Reyes is her main suspect in an arson case.  Charley has vowed to stay away from him until she can find out the truth…but then dead women start appearing in her apartment, one after another, each lost, confused, and terrified beyond reason.  When it becomes apparent that her own sister, Gemma, is the serial killer’s next target Charley has no choice but to ask for Reyes’ help.  Arsonist or not, he’s the one man alive who could protect Gemma no matter who or what came at her. But he wants something in return. Charley. All of her, body and soul. And to keep her sister safe, it is a price she is willing to pay. Charley Davidson is at it again in Fifth Grave Past the Light, the sexy, suspenseful, and laugh-out-loud funny fifth installment of the New York Times bestselling series by Darynda Jones.


After being murdered and then brought back to life, Harry Dresden soon realizes that maybe death wasn’t all that bad. Because he is no longer Chicago’s only professional wizard.

He is now Winter Knight to Mab, the Queen of Air and Darkness. Her word is his command. And her first command is the seemingly impossible: kill an immortal. Worse still, there is a growing threat to an unfathomable source of magic that could mean the deaths of millions.

Beset by enemies new and old, Harry must gather his friends and allies, prevent an apocalypse, and find a way out of his eternal subservience before his newfound infinite powers claim the only thing he has left to call his own…

﻿
Posted by Annie Nicholas at 12:00 AM
Email ThisBlogThis!Share to TwitterShare to FacebookShare to Pinterest

torso covers, couple covers, also one that have hings to do with the story, colors to catch the eye or a title

I wrote a really funny but the spam blocker ate it, so now I'm grumpy . This is my last try..

Love torso's - I'm a chest girl, I can admit it! - and couple pics where they're plainly in love!

I don't pay a lot of close attention to covers because I am more likely to read the back cover but I tend to notice blue because that is my favorite color or animals. That being said, I don't turn away from the delicious sexy covers that I see featured on blogs and whatnot (0:

I love covers with men on them, especially if they are shirtless. ;)
I also like covers with strong looking heroines, paranormal creatures, bright, bold colors, etc.
The only covers that really turn me off, (though if I read a snippet and enjoy it, I'll give it a try) are the ones that look digitally choppy. They look the pictures are all pasted together. There is one publisher that does this and I don't know why no one has told them that it isn't attractive. Lol.
Thank you for sharing some of your great reads! I'll have to check them out.
Stay warm! I live in Florida, so we don't have too much cause for fire.
Thank you also for the wonderful giveaway.

Both Fifth Grave and Cold Days were five-star reads for me this year. DH got me Dangerous Women for Christmas which has a Molly POV novella Bombshells set between Ghost Story and Cold Days that makes me really eager for the next book considering what happened at the end of Cold Days.

I like chemistry between the cover models in their poses (awkward Photoshopping is a no-no). Headless torsos (of either sex) bother me. Lately I like drawn covers, or even non-representational ones...

I love chiseled abs and pecs. I'm also partial to veins in the forearms and hands.
rmwyer at shaw dot ca

I just love covers with men on the them.
diamer13@yahoo.com

Half naked men ones :)

I'm excited to hear Darynda Jones at the MMRWA retreat this year. Her books are amazing.

I like book covers that capture the story or mke me wonder wha the story is about :)

The covers with a person and maybe if it's a shifter story the person is superimposed over their animal. I'm not fond of the new "50 Shades" type covers.

I like arms and legs the most. I have to agree with Lisa J, I hate the new 50 Shades type covers some people are using. I like a cover that grabs my attention, not makes me go "What the hell is this about?"

Covers are what draws me in first. I rarely read reviews. It's the cover first, then the blurb.

Right now it is half naked guys :)

I Love your books are you doing any more The Vanguards?
and also love the covers, sometimes it does take an good cover to make me buy them.
But you are on my list favorites to read . so if you don't have an good cover i will buy, Love your writing.
Thank you for doing the hop

sorry i forgot my email
tigerbrock42@hotmail.com

I have favorite book blogs whose recommendations count more than covers… although some of the covers out thee days - just WOW!

uuummmm......I'm gonna have to go with the very ripped naked man torso shot, it for sure catches my eye! ;) thanks!
bookjunky2013@yahoo.com

Half naked men with chiseled abs catch my attention right away. LOL
Thanks for being part of the hop and for the chance to win. <^_^>
reneebennett35 (at) yahoo (dot) com

Oh I like covers which are sexy... Yep Sexy cover models and if they have dogtags or tattoos thats even better :)

Sexy covers are the best! They help create the mental picture of the man you're going to love or hate when you start reading. :)

Hot dudes on a cover catch my eye. Adding a woman is ok but there must be a hot looking dude!

I love hot men on covers, but I get annoyed when I see the same picture used for different stories. It's become a pet peeve, but it doesn't keep me from reading something that sounds good. Happy New Year, and thanks for the Vanguards!
terrihawk66@yahoo.com

I like covers that are colorful and different - something that really catches my eye and stands out from the crowd!

I like covers which actually relate to the book or book characters. Yes, I'm definitely partial to the pretty ones :)

Oh I love the variety of covers out there, but definitely sexy men are a draw for me.

Covers are what draws me to a book, at least if it's a new to me author. It's what catches my attention to read the blurb on the back of the book.

sexy and mysterious covers are great eye-catchers for me. It also depends on my mood too, which covers interest me. It is all about whats in the book that gets me to buy it though!
susanmplatt AT Hotmail DOT com

I usually don't pay too much attention to a cover if its from a favorite author. I do read the reviews for spoilers if they are new authors for me. But eye candy never hurts. Thanks for the giveaway.
mramirezesquivel @ yahoo com

book covers that catch my eye... well as mentioned above naked torsos, naked bodies in general, blood and fangs, (aside from romance I read a lot of vampire books)

Wow... Cover and/or synopsis if they catch me eye then I will read...

Book covers that catch my eyes are the ones with the men that are showing their abs and chest. Sometimes I also like book covers that show a great looking couple on them too.

A lot of colors and of course abs and chest of the men.

Thanks for the recommendations! I already grabbed a copy of Ivan and would love to pick up The Last Hour of Gann next.

I'm such a dork! I forgot to answer your question. Color and simplicity. When there is too much going on on in the foreground I tend to ignore the book.

I'm late but thanks for being part of the hop!

I do love covers. They help me decide if it is my style of book. Of course a little man candy never hurts ;)
Mel
bournmelissa at hotmail dot com

Thank you all for joining the bloghop and the wonderful comments.

Cindy is the winner of the GC and I've just sent her an e-mail.